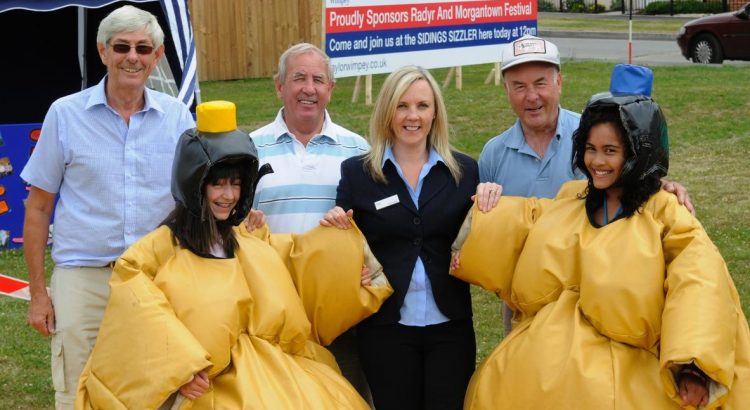 Rene’s Cafe kicked off the 23rd Festival with a swing – Raymond Rivron’s Jazz group had us all toe tapping. The following morning was the big parade with Steve Wiggins of Real Radio and the Festival Queen leading the costume parade. Hundreds of children and parents dressed in Roald Dahl character costumes marching and dancing tro the music of the City of Cardiff band. There was Willy Wonka, the Twits, Matilda, Mr Fox Charlie, BFG, James and the giant peach and many witches. the parade wended its way through Windsor Road to the Fete at the Old Church Rooms. The Queen was crowned in front of a large crowd on the Monday at Windsor Gardens and the children from Bryn Deri danced around the maypole. We had many events through the two weeks including quiz, walks,open air concert,dog show, gymkhana,fun run, duck dash and many more. Four concerts – band, RPMG, recital and Fluellen performed “Burton”. Unfortunately one event had to be postponed due to inclement weather – “Siding Sizzler” with workshops for young people. This event, sponsored by Taylor Wimpey, took place later, in June, and was a great success. The Festival supported Ty Hafan Children’s Hospice and raised 4000.

The Festival Queen was Eimer Rees and her attendants Lara Watson and Erin Howard-Cook.

The plans for the future will include more sponsorship in an attempt to broaden the scope of arts and performance type events. Despite the ravages of time and the hard core of workers who have organised these events over many years the Festival is still healthy and growing and hopefully will go on from strength to strength in the years to come.