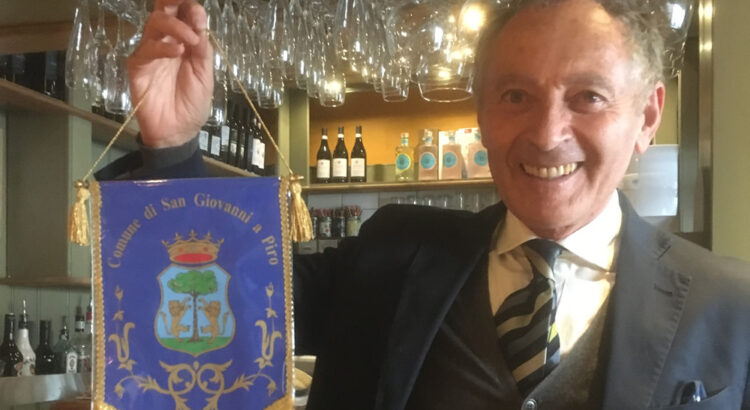 Free but places must be booked in advanceBook tickets

Saverio has now announced that he will be joined for his talk by fellow expert Gilbert Viader. Together they will be talking about Italian wines, especially Gavi di Gavi from the Piedmont region.

Saverio was born in a middle class provincial family in southern Italy. His father was a farmer and his mother was an academic . He remembers his father coming back from work religiously on the chime of one o’clock for his lunch and drinking red plonk from the family cellar. When he was 3 or 4 years old his father would always put some wine on his lips and this was the beginning of his affinity to the drink of Baccus! He remembers how his sibling and he would often help his Papa’ to crush and press grapes for making their wine ! Aged 19, he met a French girl from Nancy. Being a true Italian he left the family and followed Monique to France, where he also fell in love with food and wine and started work in restaurants. He stated to know the difference  between a “pinard ” and a fine wine ( they even bought a bottle of Chateau  Petrus ( pommerol )! what a exciting day ! He can still taste it.

His  work took them to Brussels working at a prestigious hotel where he was assistant sommelier  and started learning seriously about wine. After good few years in Brussels, came to the UK and was working in hotels as restaurant manager where he had the great honour of serving the Queen Mother, Pavarotti and many other .

1982  he came to Cardiff as a partner in a Italian Restaurant  “Fontana di Trevi, and started representing a Italian wine agency for Wales. As his love for wine continued to grow he took wine courses and made visits to many wine cellars  After the sudden death of his wife, he moved to Talbot Green to buy the Trattoria ,followed few years later by the Trattoria in Pontypridd, Zia Nina in Bridgend and Cicchetti in Radyr .

He says he is honoured to live in this beautiful country, Wales