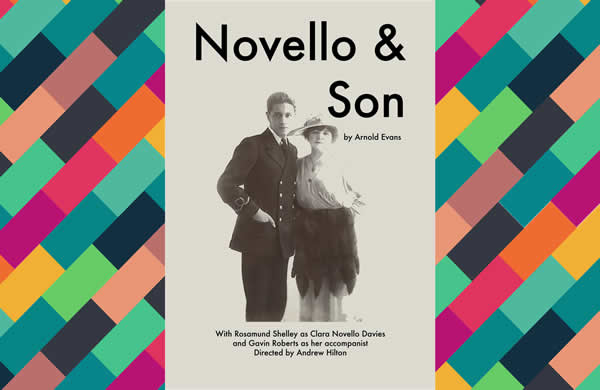 With Rosamund Shelley as Clara Novello and & Gavin Roberts as her accompanist, directed by Andrew Hilton.
A selection of Ivor Novello’s best-loved songs and his doting mother to sing them – a simple enough idea for a show, except nothing can ever be simple when it’s Madame Clara Novello Davies who takes centre stage.

Indomitable, impetuous, with an ego the size of the Ritz, her genius for choral music had once won her international acclaim. As she sings his songs and dutifully sings his praises, she finds herself re-living the traumas of a remarkable life that took her from a modest suburb in Cardiff to the epicentre of London’s heartland.

Performed ‘cabaret style’ with a bar.

This performance has been made possible by the support of the Night Out scheme.

The Radyr and Morganstown Festival and RMA are proud to be supporting Headway Cardiff and South East Wales as the 2022 Festival Charity.